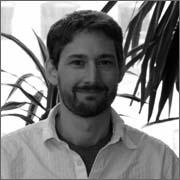 Mr. Engstrom is a senior SIFT researcher whose expertise is broadly in Software Engineering. In particular, his experience and interests lie in the areas of Model-Based Development and Formal Methods. His areas of expertise also include embedded, real-time systems development, automated analysis of embedded software systems, as well as artificial intelligence, specifically automated planning.

Prior to joining SIFT, Mr. Engstrom was a researcher for Honeywell Laboratories, where he lead several large DARPA-funded research projects, covering his primary interest areas of modeling and formal analysis, as well as contributing to many other programs spanning many disparate areas where his broad-based experience proved invaluable. One of Mr. Engstrom's major contributions during his time at Honeywell includes the co-creation and evolution of 'DOME', a highly-regarded, user-extensible, domain-specific, model-based development environment.