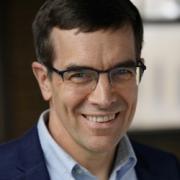 Mr. Pelican contributes to proposal efforts, innovates research approaches, leads small development teams, and build prototypes for research in AI and cybersecurity. His areas of expertise include AI planning for time- and resource-constrained problem domains, as well as innovative approaches to program analysis and protection. Recently, he has made significant contributions to SIFT's efforts on the DARPA SAIL-ON and ShELL programs. For these programs, our OpenMind and OpenShell agents autonomously adapt to novel changes in their environments and share their experiences, yielding team-wide performance improvements in handling novelties including unforeseen obstacles and opportunities. For ONR's METIS program, he has helped evaluate several research projects on cybersecurity topics, culminating in a tech transition effort that is maturing a university-developed tool to improve software security by specializing and debloating binaries.

Mr. Pelican's significant career accomplishments include the HAMMER series of projects for AFRL, which prototyped techniques for autonomous satellite resilience using the CIRCA planning engine and supporting technologies, for long-lived autonomous operations and on-line improvements through the addition of new capabilities. Over many years, he has improved the CIRCA real-time planning and execution system through work on its temporal model-checking, goal verification, dynamic backtracking, and meta-reasoning components.

Before joining SIFT, Mr. Pelican worked for Honeywell's corporate research center on innovative aerospace projects such as the Orion manned space capsule and the SAFEbus scheduler (used to develop avionics for the Boeing 777),
as well as network security projects including the SMITE and CIRCADIA projects, developing innovative techniques for protecting networked assets.