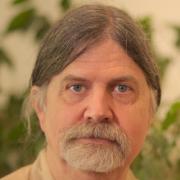 Dr. McDonald is a SIFT Research Scientist specializing in Artificial Intelligence. His research interests center on natural language and related issues in representation, as well as world modeling, ontology design, and synthetic agents.

Dr. McDonald has more than thirty five years experience in computational linguistics and artificial intelligence research and development. He has worked in both academia and industry, and is the author of over 60 referred publications. He is an internationally recognized leader in the field of natural language generation, and has made significant contributions in the area of robust semantic parsing and knowledge representation. His most recent work has focused on high accuracy parsing, synthetic agents, reasoning with rich ontologies, and applications of speech to experiential training.

After he left UMass for a series of commercial start-ups, Dr. McDonald independently developed a robust and efficient, precise language understanding system, with grammars and semantic models for clients doing document categorization and indexing, as well as information extraction to populate databases with relations identified in newspaper texts. Dr. McDonald also extended his text generation system to render event descriptions in data-bases into fluent English.

He later moved on to hold positions as an expert systems engineer (Gensym), as a speech and dialog scientist  (Mitsubishi), and as the architect of a language understanding and production system used with emotionally expressive computer animated characters (Zoesis). Before joining SIFT, Dr. McDonald was at Raytheon BBN Technologies where he was part of an effort to integrate multiple ‘people engines’ into a common framework for game-based training. He was the architect for the ontology underlying BBN’s Integrated Learning project, and most recently worked on developing a knowledge acquisition interface where SMEs use natural language to describe text book information that is then mapped to the system's internal logic.